Covid 19? We are facing it by investing in the future 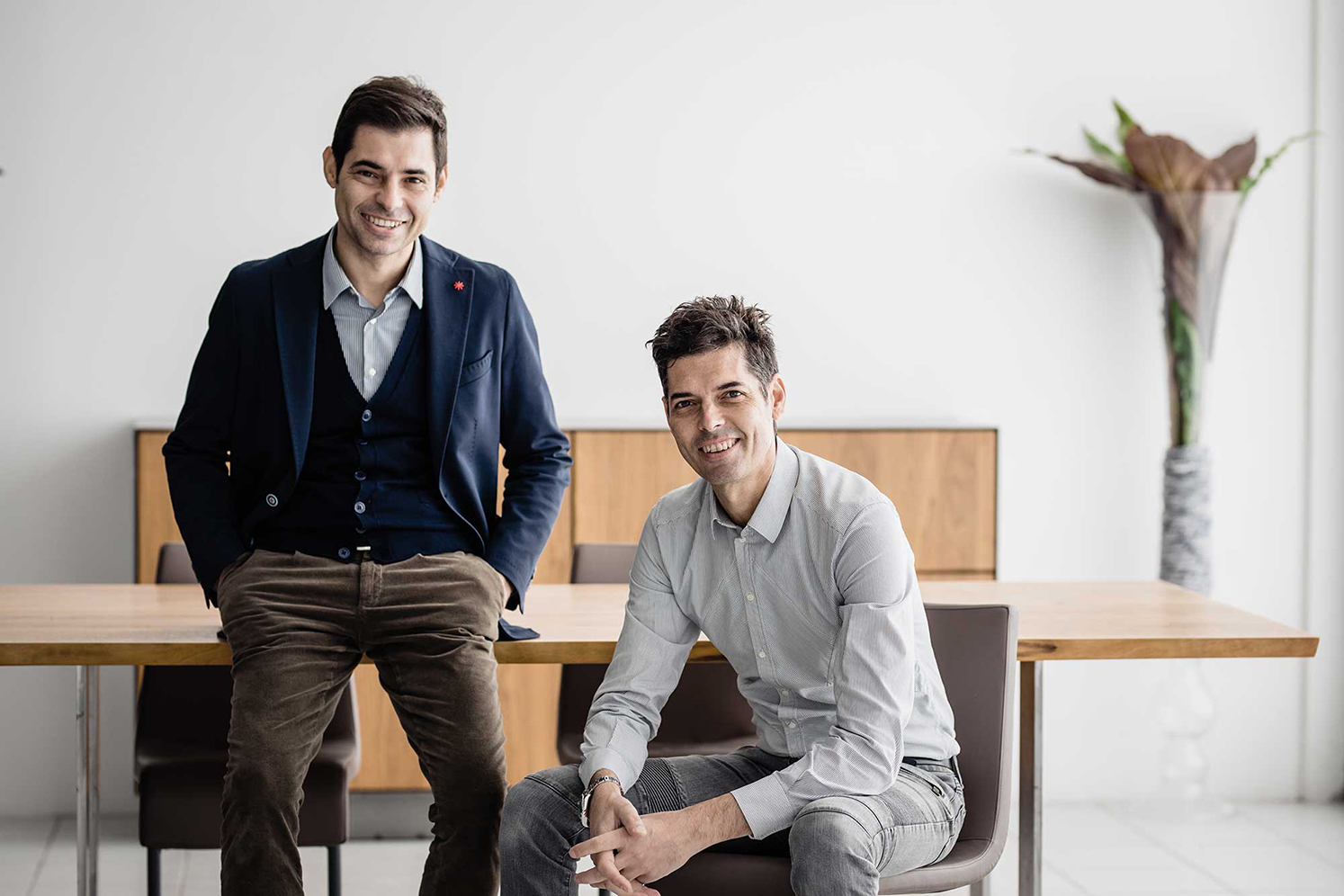 A new headquarters, with revolutionary ‘campus’ grounds for the company space, technology, security and welfare. With a production area of over 8,000 sqm, it is a new way of working which values people and their abilities. This is Polverini’s vision, which is already looking beyond the Covid phenomenon
Currently Polverini has six offices around the world (the main headquarters in Pergine Valdarno, New York, Paris, Johannesburg, Dubai, Doha) and will soon be opening new ones (December 2020) in India, Russia and Saudi Arabia.
Polverini deals with the design and construction of high quality boutiques in the world of fashion and luxury goods and is the leading Italian company in this sector. In a year such as this, the year of Covid, it is especially interesting to see how the market has evolved and how to plan for the future.
We spoke to Andrea and Daniele Polverini who, looking back over the year, gave a general analysis of the sector and how it could develop, from the viewpoint of those who, in such a moment, have had the vision, the strength and the stability  to invest, maybe more than before.

YOU DEFINED 2019 AS ‘THE YEAR OF RESEARCH’, OR RATHER THE YEAR IN WHICH YOU WOULD HAVE WORKED ON NEW TECHNIQUES AND MATERIALS TO INTRODUCE TO THE MARKET IN 2020, IN A STRONGER AND MORE INNOVATIVE WAY. TODAY, WITH THE PANDEMIC STILL IN PROGRESS, HOW WOULD YOU DEFINE 2020?

2020? Yes, there has been a slowing down, maybe it’s even more correct to say a timetable shift. Some projects have been postponed or planned on a longer timescale, others have actually been cancelled but, in general, we can say that for our type of market there are signs of vitality, with less frenzy than in the past but with the idea of moving ahead. It seems, generally speaking, that most of the projects have been put back six months, so they will have an effect on 2021.

YOU WOULD SAY POSTPONEMENT THEN, INSTEAD OF UNCERTAINTY?

I would say so – continues Andrea Polverini- uncertainty is not the right term to use as far as we are concerned. We believe that we know the direction the market will take, as we did before Covid. What has changed is the reaction time, which is slower, but not the path we have taken. It is no coincidence then, that we have actually chosen to make substantial investments during the pandemic, knowing that we will reap the benefits in the early part of 2021.

AND, WHAT CHANGES HAS COVID ALREADY BROUGHT ABOUT AND IS CONTINUING TO BRING, IN THE PRODUCTION CHAIN, ESPECIALLY IN THE DESIGN AND CONSTRUCTION OF BOUTIQUES?

Yes, it has accelerated a process which was already underway, the attention to the level of service, details and production.  We are talking about the level of quality, of materials for example, but also about projects and the customer’s specifications). We search enthusiastically for craftsmen, custom-built excellence , art as a distinctive feature in a boutique . We were already on this path and we have been lucky from this point of view. Today, more and more, we are being asked for impromptu solutions for a project, at times true works of art, which could not be  mass produced. To give you an example we have received commissions for 3D plaster models, sculptures and decorative effects in different materials that create themes or texture. At the same time there is a demand for prestigious materials such as marble, precious stones and high quality wood.

AND WHAT HAS HAPPENED ON THE GLOBAL MARKET? WHICH ARE THE MOST DYNAMIC AREAS NOW?

There have been completely different results: the Middle East for example has done very well, as have China and Russia. This is because many people, especially the wealthier ones who would have usually travelled, instead remained in their own countries, investing and buying goods there. Europe, on the other hand, has experienced difficulties and Italy is no exception.. Here in fact we have found that the same type of critical issues have had a different impact on the high end market, of things such as luxury goods and jewellery, which have not suffered the same weakening and deceleration that has happened in the world of fashion.

HOW ARE YOU PLACED IN THOSE MARKETS, I MEAN FASHION AND JEWELLERY?

In 2019 our turnover showed 70% of orders coming from the world of fashion and 30% from luxury goods, mostly jewellery. Today, a year on, the percentages have aligned and we can talk about an equal position in both markets, with a 50% commitment therefore in both sectors. This is the road we planned to take, we started in fashion and wanted to add jewellery, without excluding the first, but by doing so open a new sector which would accompany our growth as a company.

WHAT ARE THE DIFFERENCES BETWEEN THESE TWO SECTORS?

The differences are in the level of attention to detail and the number of people involved in every project. For the world of jewellery you need a larger team working on the project, if only for the requirements of custom-made details and specifications.

AT THE BEGINNING WE SPOKE ABOUT INVESTMENTS MADE DURING THIS PANDEMIC. WHAT WERE YOU REFERRING TO?

One main one: our new headquarters, which is also a completely new way of working. It’s no coincidence that we have called our new space the ‘Polverini Campus’ because we intend it to be like a campus, with internal and external areas which complement each other, areas for training, relaxation, the welfare of our staff and their safety. We have even planned a games room, gymnasium and other areas for sporting activities  – a football pitch and courts for tennis and basketball –  exclusively for our staff, which they will also be able to use at weekends. The whole headquarters project has been designed carefully to make sure it will have a very low impact on the environment of our territory. We want to underline the fact that these are not mere words but concepts which will be part of the total energy self-sufficiency of the headquarters, symbolised by the long ‘Green Wall’, which makes it unique and blends it perfectly with the countryside that surrounds it.

WHAT OTHER INNOVATIONS WILL THERE BE IN THE POLVERINI CAMPUS?

First of all a much more consistent productive capacity. We will be able to offer our clients a surface area of around 8,000 sqm for production and design, which, along with new technology will enable us able to work even better. All machinery will be based on the Industry 4.0 approach , controlled by a computer system capable of regulating the flow of production and the relative times, for each specific project and the parts involved. All of this means a complete optimisation of resources, a greater reduction of the production time needed and a better quality end product. 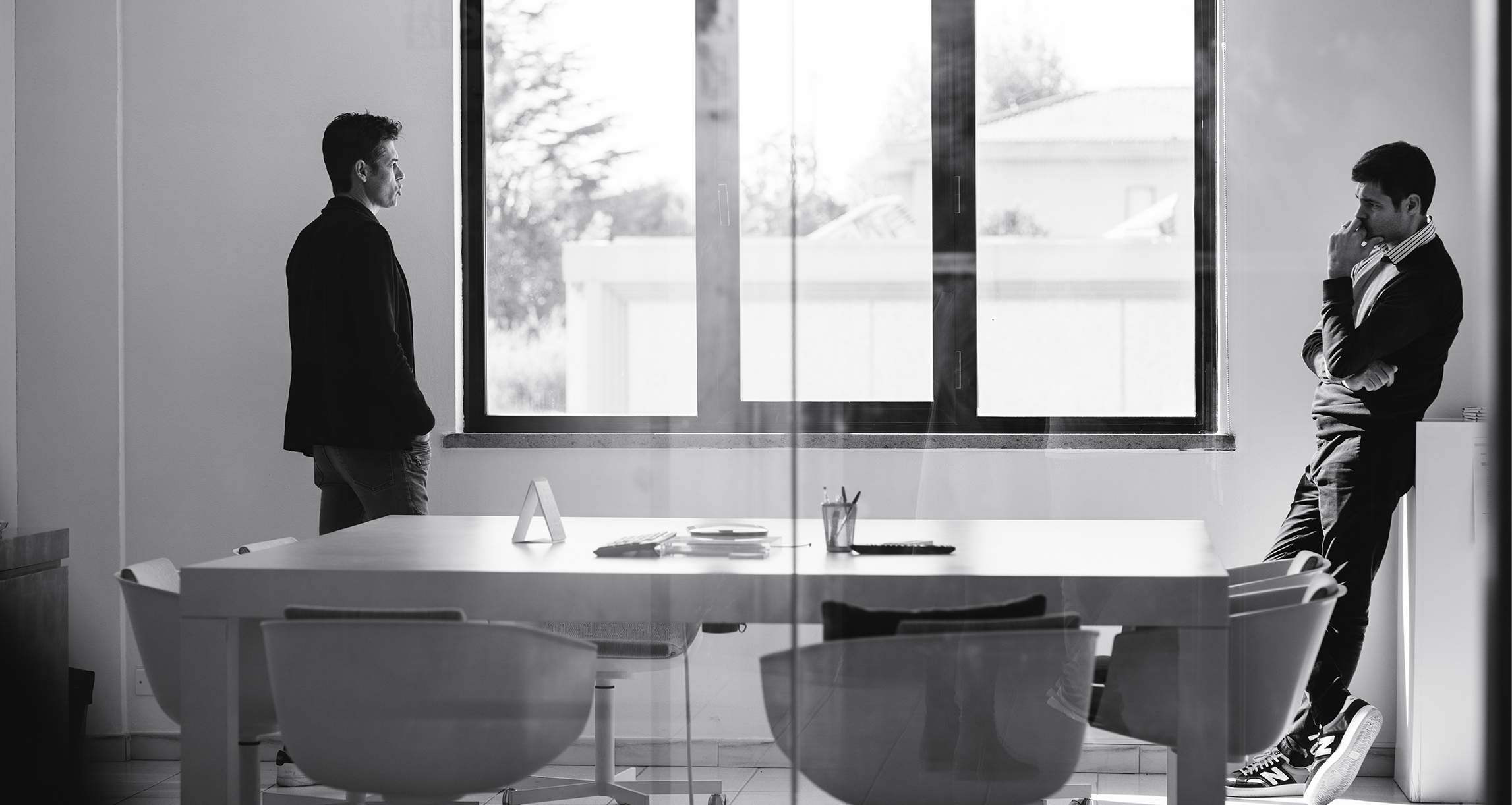 WHAT PUSHED YOU TO MAKE AN INVESTMENT OF THIS KIND?

Actually there were two things. The first was to do with the engagement and enrichment of the people who work with us. We are certain working in a pleasant, welcoming and stimulating space is essential for improving enthusiasm, creativity and ability in every single person. The second, was a real need to raise the quality of our products. We have extended our market and customer portfolio and that is why we now need more space and better technology in order to optimise production.

WHAT IMPACT WILL THIS PROJECT HAVE ON YOUR COMPANY PHILOSOPHY?

We are talking about a project which will cover a total area of 8,000 sqm, with sports grounds, leisure areas and a park for our co-worker’s leisure time. Added to this is the computer system which controls production, ensuring that the flow is optimised based on the scientific study of the production data. Therefore, greater production capacity but also better organisation of work and care for the people, who are the real assets in any company.

We're not around right now. But you can send us an email and we'll get back to you, asap. 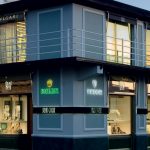 An Espace Cartier also in ViareggioBusiness